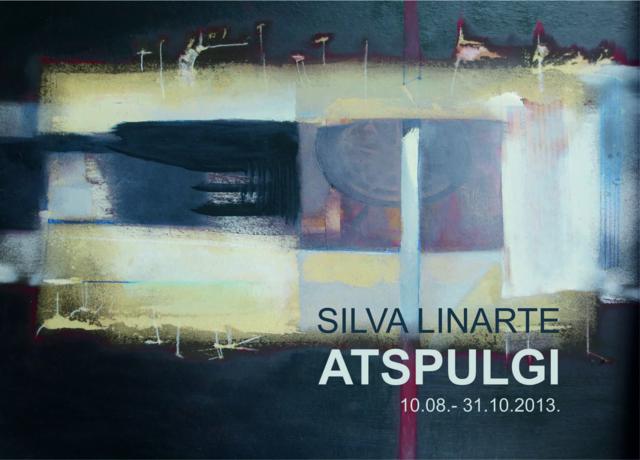 A person is able to overcome even almost insuperable obstacles and find a new sense of life. (S. Linarte)

Silva Veronika Linarte has always looked to the strength of family, Latgalian (southwestern Latvia) warmth and spiritual environment that her parents had created. She was born in a family of teachers on February 26, 1939, near Daugavpils. In 1941, the two-year-old girl and her family were deported to the Krasnoyarska district of Siberia. Silva returned to Latvia in 1957. She began to participate in art exhibitions in 1965, became a well-known artist, a talented teacher and a loving mother.

We usually underestimate ourselves. We can all do more than we think we can. (S. Linarte)

The artist’s work ethic throughout her life has been impressive and serves as the basis for her success. Silva states  that “while you are alive, you have to be in motion and work.”,

Linarte graduated from Riga Applied Arts School in 1961. She had, however, started to teach painting to first-year students during her 3rd-year..

In 1971, Linarte decided to obtain her qualifications as a painter and teacher of painting and began to study at the Art Academy of Latvia, Department of Pedagogy. Linarte balanced  her studies with her work at the Riga Applied Arts School until 1977, when she obtained her degree. The artist believes that she “can best find a common language with your pupils if you yourself are an active painter, if you do not allow yourself to relax.”

When the Republic of Latvia regained its independence, Silva returned to Vabole civil parish, her father’s native place near Daugavpils, , Linarte taught at “Saules Skola” which is the the secondary art school in Daugavpils.“ She simultaneously accepted the post of Daugavpils City’s Chief Artist in 1993.

Silva Linarte states that painting is an unfathomable and accidental process which provides neither questions nor answers, only creativity. She believes that painting is a component of positive emotions “because it is not fair to pass on your negativism to other people. If you have something good, give it to others.”

HARMONY. BALANCE. POSITIVE JOY. ASCETISM. These are a few of the many and various emotions and feelings that characterize Silva Linarte’s art. Silva’s paintings are like games – the interplay between colors and their nuanced relationships. But the games also have depth, sometimes even seriousness, hiding behind a veil of mystery. Silva’s art is a system of a complicated philosophy. But the artist’s mastership proves that she is aware of how serious the games with “reflections” are. As the Greek myth about Narcissus tells us, they may be deceiving and dangerous.