SILVIJA ŠMIDKENA AND STILL, AS EVER… 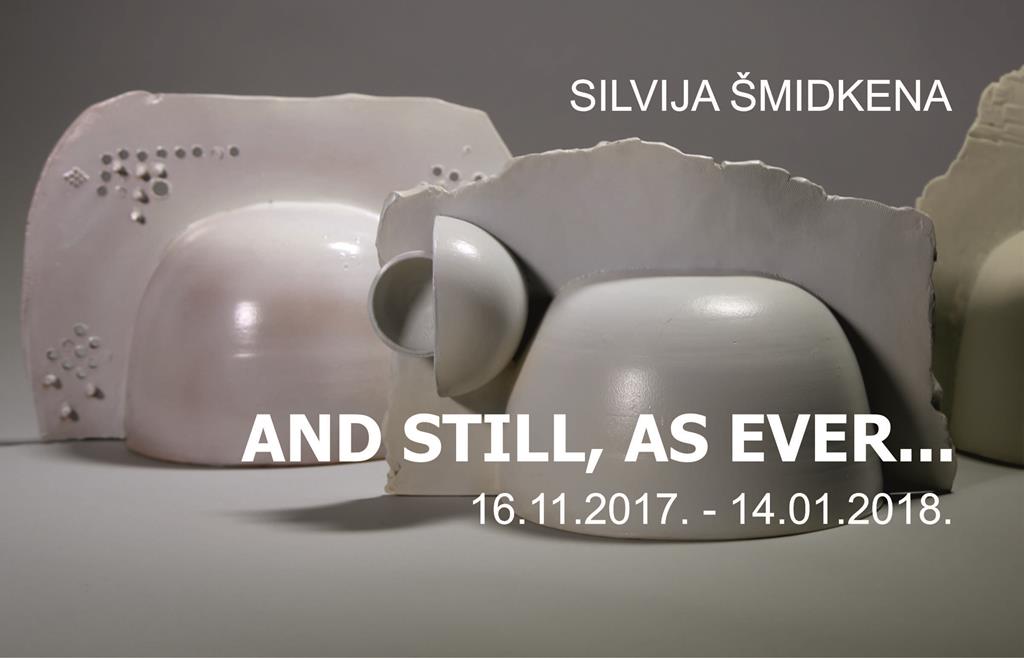 Silvija Šmidkena was born in Rīga in 1935. In 1954, she graduated from the Ceramics Department of Rīga Secondary School of Applied Arts, in 1960 – from the State Art Academy of Latvia, whereafter she was accepted into the Artists’ Union. Silvija Šmidkena was an active and long-term member of the Union’s board, chairing its ceramics section. She also sat on the expert commission of the Ministry of Culture and different art panels as well as contributed to the organisation of various exhibitions. For many years, Silvija Šmidkena helped organise the Latvian SSR Art Holding’s creative and experimental ceramic workshops in Ķīpsala, located at number 13 Ballast Dam, and was actively involved with the workshops’ renovation during 1980s, when artist studios were refurbished and new display spaces created for Latvian applied art.

Together with a close-knit group of other ceramicists of the second half of the 20th century, Silvija Šmidkena was among those who shaped Ķīpsala ceramics as a distinct artistic phenomenon in Latvian culture of the period – a phenomenon, which has produced several generations of ceramic artists and strengthened Latvian ceramic traditions. Ķīpsala ceramics became synonymous with outstanding artistic achievement in the field of applied art. This path took folk pottery and Latvian traditions to unprecedented heights and professionalism. In the 1970s and 1980s Ķīpsala ceramics became a major hub for international cooperation in ceramic art within the Soviet Union – Latvian ceramicists brought home from international exhibitions in Europe and other parts of the world innumerable awards of different kind and value.

Not only is ceramicist Silvija Šmidkena a bright artist, she is also author to a number of seminal publications and writings about ceramics. In 2014, Zvaigzne ABC Publishing House published her cultural-historical diary “Māksla mīlēt mālu” (The Art of Loving Clay) – a chronicle of an entire generation and a monument to the work of 20th century-ceramicists. Meanwhile, in 2016, Daugavpils Mark Rothko Art Centre issued Silvia Šmidkena’s book “Mūsu Ķīpsala” (Our Ķīpsala) – a collection of conversations and reminiscences about Ķīpsala ceramics.

The artist has always striven to perfect her artistry with bold experiments, using a wide range of ceramic materials and technologies. Silvija Šmidkena’s works are ascetic in form and rich in colour, affirming the author’s dedication to timeless values. In all her creative versatility, the artist has always managed to achieve admirable harmony.

“AND STILL, AS EVER…” is a small retrospection of Silvija Šmidkena’s creative work, offered at Daugavpils Mark Rothko Art Centre. The exhibition features three series of works, which are visually and meaningfully enhanced by the artist’s watercolours and ink drawings on paper. The older works belong to the “Cosmic Era” series and were created by Silvija Šmidkena in early 1980s in a tandem with her husband Leon Lukšo (1930-1984). Silvija Šmidkena recalls that Leon was an avid researcher of the universe and a keen science fiction devotee – these interests inspired the husband and wife team to create the “Cosmic Era” series. Significantly, their “Cosmic Era” echoes the New-Wave aesthetics of postmodern art, the new space opera genre of science fiction as well as the use of computer graphics in the film world. Silvija and Leon’s works from the “Cosmic Era” series are constructive and geometrically precise – their building blocks truly resemble spaceships and fantastic technogenic objects.

In the 1990s, Silvija Šmidkena was inspired by cityscape, which the artist captured in her “Urban Impressions” series. The forms, still constructive, but now also architectural, evoke associations with objects from the urban environment – high-rises, towers and factory chimneys, which engulf the natural being of humans and make it even more fragile.

Silvija Šmidkena’s creativity changes along with Latvian artistic tendencies, starting from constructive geometric compositions to abstract and biomorphic forms. In the 21st century, Silvija Šmidkena’s work evinces transformations of themes and forms. The artist’s ceramics become more delicate and fluid, thematically closer to nature and humans. The “Impressions from Nature” series, which is also exhibited at Daugavpils Mark Rothko Art Centre, was created from 2000 until 2010. This body of work is supplemented with the artist’s ink drawings and watercolour paintings. “I am very much affected by pure nature – without concrete posts and other foreign objects. My father relished being in nature when we lived in Murjāņi. Even now, I am still inspired by natural formations such as stones and often depict them as sleeping women – ample, voluptuous and serene. I also like to give my practical vessels watercolour-like coatings as I relive the natural blending of colour tones, their peculiar rhythms and harmonies,” says Silvija Šmidkena about her “Impressions from Nature” series.