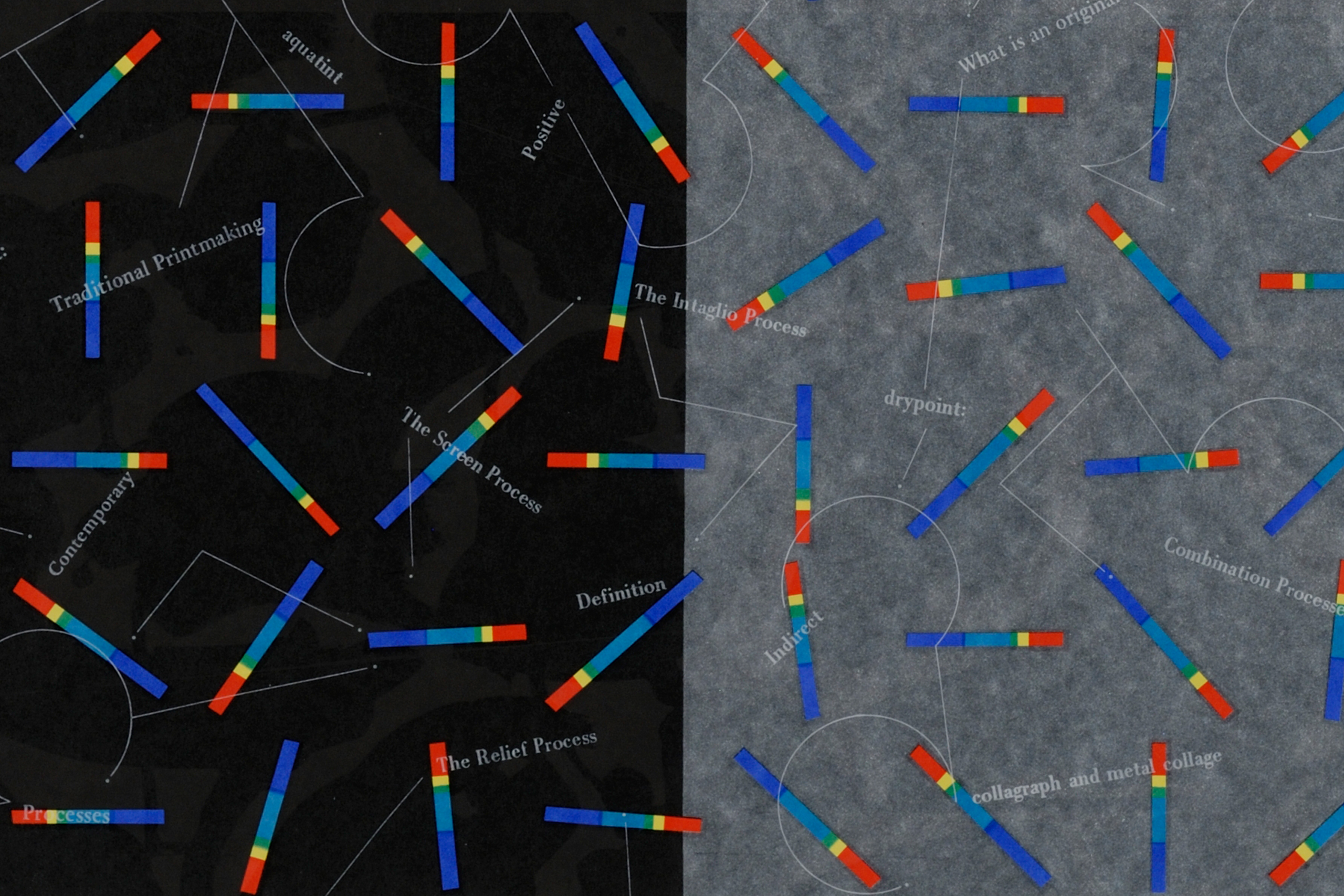 According to Hiroaki Miyayama, one of the exhibition participants and long-term president of Printsaurus International Print Exchange Association of Japan, “in Europe, there were Ancient Greek myths and the Bible, in Japan – the Tale of Genji (源氏物語) and Ogura Hyakunin Isshu or One Hundred Poems by One Hundred Poets (百人一首) which have inspired artists for centuries”.

As befits stories, they are as different as their narrators and cover different times and situations. The stories are both incredibly realistic and fantastically universal and are all united by something simple yet complex – the relationship between humans and nature. The exhibition stories show both “the thrill of early summer when a southern breeze gently rocks the willow”, as well as something as mundane and beautiful as the play of morning light on glass, depicted in a quintessentially Japanese aesthetic. One author shows an imaginary landscape, a fantastic setting, whilst another is concerned with the relationship between nature, the individual and society. There is also tension and dynamism in the rhythmic patterns of simple lines, and an almost scientific study of the play of tints and hues in a colour spectrum that tells the story of light, time and space. Even observation of insect life and soil inspires one to reflect about one’s relationship with the Universe. “One day my heart was stirred by the beauty of the layers of soil near my house. To my eyes, they appeared as fragments of the vast Universe. I was thrilled to find that the place where I’d lived since childhood was a part of the wider world,” says artist Suzuki Toshiya.

All the exhibition participants are members of the Japan Print Association and/or Printsaurus International Print Exchange Association of Japan. They are internationally renowned artists whose works are held in prominent museum and gallery collections.

I am delighted to have this opportunity to cooperate with Daugavpils Mark Rothko Art Centre and to bring these visual stories to the Latvian viewer; all the more so because the previous public showing of a major collection of contemporary Japanese prints in Latvia was held quite a few years ago – back in the 20th century in what was then the Museum of Foreign Art.