Tomass Fēnikss WHERE IS THE EXIT? 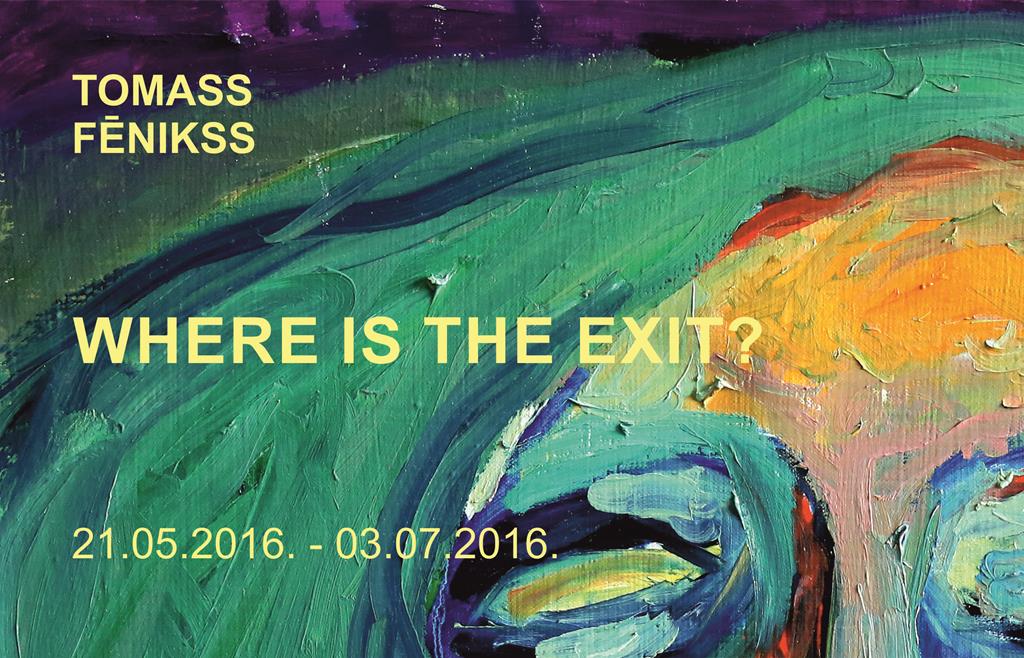 Tomass Fēnikss. WHERE IS THE EXIT?

Tomass Fenikss (real name Gatis Grasmanis, 1967-2006) during his short life created more than 600 paintings, most of which were completed between 2000 and 2004. A small part of his works, head compositions created in the artist’s striking form and expression were chosen for the exhibition “Where is the exit” at the Mark Rothko Art Centre.

The artist graduated from the Art Academy of Latvia. Since 1998, he was a member of the Artists’ Union of Latvia. He held his first solo exhibitions in 1994 and 1998. The 1990s were unfavourable years for his art, as it was ignored by contemporary art supporting institutions which did not include his works in their exhibitions. Works of Tomass Fenikss  did not really belong in the actual situation of that time or tradition of Latvian art predominated by more aestheticized forms. Maybe that is why he is not as well-known artist as he deserves to be. The artist’s paintings are not large in size, but they are intensely powerful. His works strike the viewer with display of extreme emotions manifested in expressiveness of forms and colours. Plastic deformations create magical images – dramatic heads with wide-open huge eyes and mouths opened to screams; bodies that seem like they were pressed into the painting’s space and wanting to break through. The impression is intensified by the brushwork, which sometimes is vigorously targeted, concise, but at times even panicky. Tomass Fenikss has also created ornamental compositions blurring the borders of genres and including pieces of texts in his works. He ignores “correctness” of drawing, an expanded composition and coloristic detailing in order to smooth his communication with viewers as directly and honestly as possible. Creating his own individual world of images which is different from the one we are used to see and perceive, the artist graciously challenged the reality. Though an existential expressionism he expresses life that passes by, but, above all, his own subjective perception and imagination. Titles of his paintings reveal the story of the artist’s life and his way in painting.

There are no many artists in Latvia similar to Tomass  Fenikss, because his painting has more akin to the movement of young artists KOBRA (Copenhagen / Brussels / Amsterdam) trending in the 1950s in Europe, American neo-expressionist Jean-Michel Basquiat (1960-1988) and German artist Jonathan Messi (born in 1970).