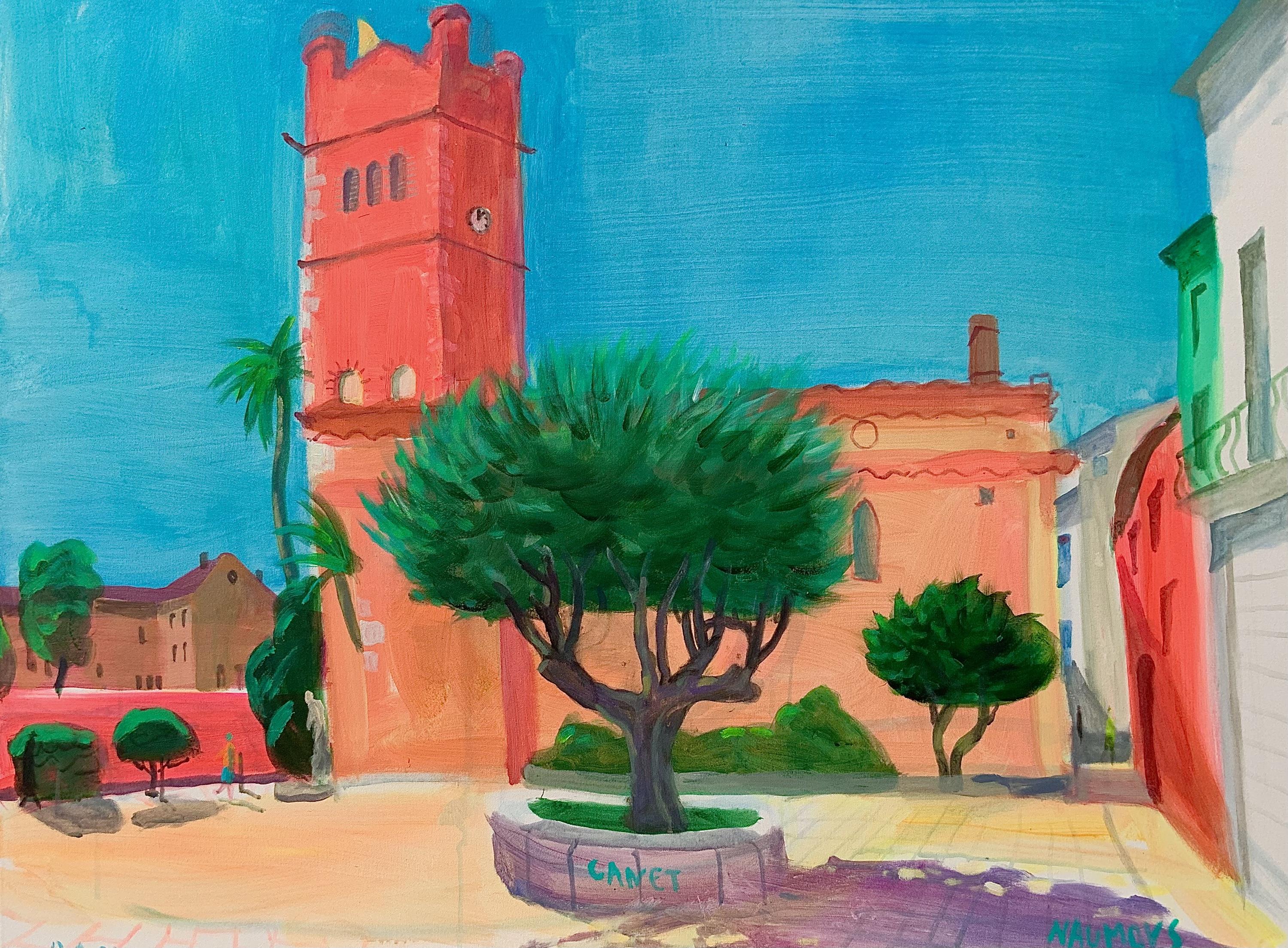 Any attentive follower of Aleksejs Naumovs and his creative career will no doubt perceive a few distinct characteristics that set his work apart from others, and this is equally true of his earlier paintings and the most recent output. First and foremost, it is the strongly “geographic” nature of Naumovs’s work. So it almost feels necessary to follow up toponyms – the title of his latest solo show – with two more terms and mention urbonyms and oeconyms to emphasise the author’s attachment to the urban landscape and specific locations.

A consummate painter of the world’s landscapes, Naumovs strives to capture the magic of the scene and immediately “render” it on canvas, as the artist ironically puts with a wry grin at himself. That is, to convey the spirit of the place, with its smells and sounds, ambience and light, and, crucially, colour.

Colour and brilliance are the two constant hallmarks of Naumovs’s style, invariably present in every piece he creates, whatever the geography of each particular site the artist has visited and painted in his preferred alla prima technique.

Neither the thirty-four degrees Celsius in the sweltering heat of Burano nor the dank air of Rīga near the River Mārupīte or the Arcadia Park have succeeded in keeping the artist away from materialising his vision. After all, we all know what they say – there is no such thing as bad weather, only a poor choice of clothes or equipment.

Aleksejs Naumovs has beloved places he revisits multiple times to keep documenting them in his painting. And the story is new every time, as the artist keeps finding fresh details in the seemingly familiar scenes or makes new discoveries on site, producing yet another personal take on the broad and recurrent theme of toponyms so perennially present in landscape painting worldwide.

Aleksejs Naumovs was born in Rīga on 10 January 1955. Having graduated from the Janis Rozentāls Secondary Art School (1968–1973), he applied to the Art Academy of Latvia, where he studied at the mural painting workshop under Professor Indulis Zariņš (1973–1979) before taking a post-graduate course with Professor Eduards Kalniņš (1980–1983). He then studied in France (Sorbonne Art Plastiques, L’Ecole Nationale des Beaux-Arts de Paris) and earned a scholarship from the French government.

From 1982 onwards, his creative record extends to more than forty solo shows in Latvia and beyond, including the US, Azerbaijan, Belarus, Belgium, France, Italy, India, Russia, Norway, Portugal, Hungary, Switzerland, Finland, Sweden and more. His latest major solo show to date, “The Never-Ending Landscape”, was held at the Latvian National Museum of Art in 2018. Beyond that, his work has been widely featured in group shows on domestic and international grounds.

Naumovs has received seven awards, including the highest distinction of the Republic of Latvia, which made him Commander of the Cross of Recognition.