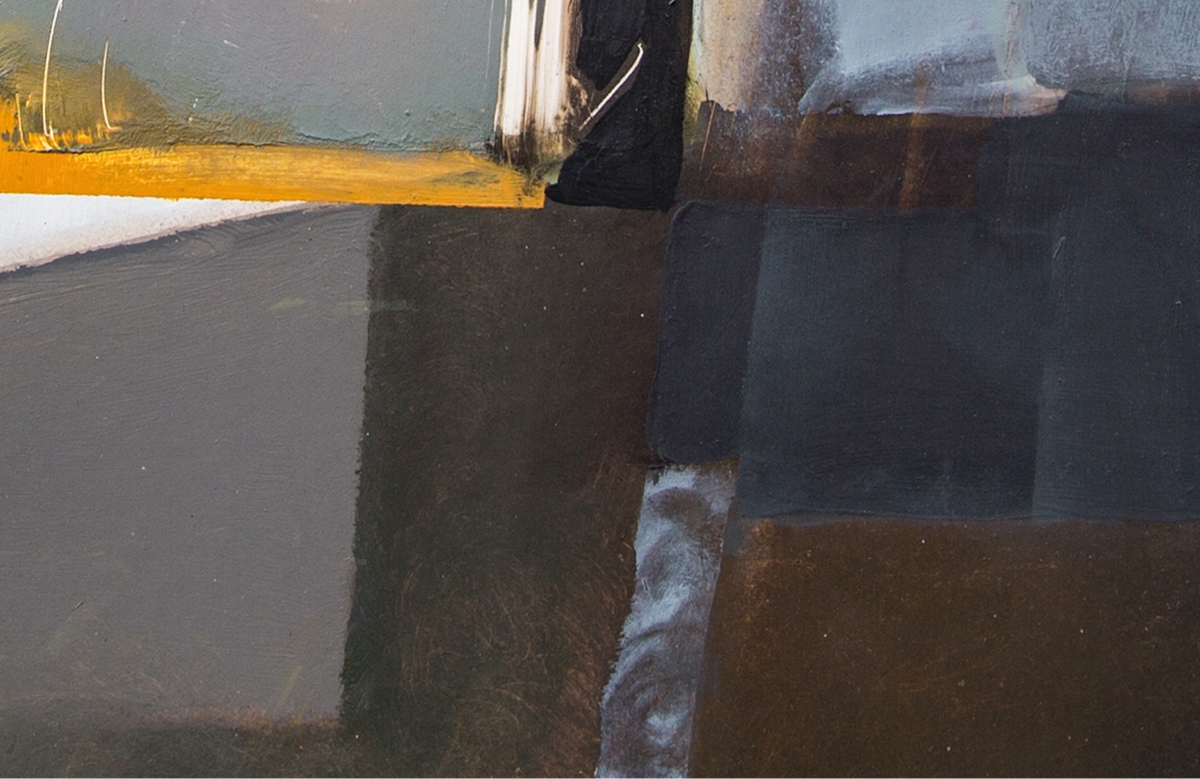 The exhibition “Two Summits” is a meeting of two excellences in a single art space. Painter Silva Linarte (1939–2018) and ceramicist Pēteris Martinsons (1931–2014) both carried the code of Latgale, which programmed each of them for greatness through a natural talent for the arts and educational work and an inexhaustible resolve to keep on trying and scaling ever-new creative heights.

The idea of a joint exhibition of artwork by Silva Linarte and Pēteris Martinsons from the collection of Daugavpils Mark Rothko Art Centre came unexpectedly despite being at once obvious and significant. Pēteris Martinsons was a pioneer of Latvian contemporary ceramics and the driving force behind sustained development in the field. In his golden years, he returned to his hometown with an ambitious retrospective exhibition “Games” (2013) and expressly selected works for the Rothko Centre. The very same year, the centre held a solo show “Reflections” (2013) by renowned painter and art educator, Silva Linarte, which became one of the largest solo exhibitions of her entire career. What followed was a continued close cooperation over the course of several years with a careful and thoughtful selection of her paintings for the centre’s emergent collection.

Currently, Daugavpils Mark Rothko Centre holds 67 paintings by Silva Linarte and 511 ceramic works by Pēteris Martinson. But the building of the collection continues.

As we were thinking how to describe these two seemingly different artists, facts and figures seemed to fade into the background. These two locally affiliated artists, one born in the city of Daugavpils, the other in Daugavpils region, are nationally and internationally renowned, so it seemed reasonable to assume that key milestones of their personal and creative biographies do not need repeating. Instead, we were more interested in searching for similarities and character-building points of intersection in their individual life stories.

The two artists were both born at the end of the oft-romanticised interbellum period when the winds of change were beginning to approach. Silvija Veronika Skrinda came from the family of four siblings who were born to a well-educated teacher and public figure, Antons Skrinda, and his wife, Marija. Pēteris Ilmārs Martinsons was the middle child in the family of sales assistant, Pēteris, and a civil servant, Alexandra. World War 2 robbed both children of their sense of home. On 14 June 1941, the women of the Skrinda family were forcibly taken from Līksna Parish in Daugavpils Municipality and deported to Ilansky District, Krasnoyarsk Krai, Siberia. Meanwhile the family home of the Martinsons burned down with all their belongings on 22 June 1941 following a raid of German bombers on Daugavpils. Wartime experiences and the trials of deportation formed the consciousness of the then-teenagers and shaped their worldview. Later, it became manifest in their philosophies of the life, which can be described in the words of the long-term principle of Rīga Secondary School of Applied Arts, Imants Žūriņš: “Only the best is good enough”.

Rīga Secondary School of Applied Arts is the second common thread in the artists’ lives, although they never actually met there. In 1957, shortly after returning from Siberia, Silva joined the Interior Design Department of Rīga Secondary School of Applied Arts. A few years later, while still a student, she began teaching painting to her junior schoolmates. Silva continued her career as an art educator at Rēzekne Secondary School of Applied Arts (1961–1971), subsequently returning to Rīga. Pēteris Martinsons, who had previously obtained an architect’s qualifications at the State University of Latvia, began teaching at the Rīga school in 1962. He did so at the suggestion of sculptor Tālivaldis Gaumigs and largely for the sake of a two-month teacher vacation, which allowed him to indulge in his hobby of mountaineering. “The Applied School” was also his first encounter with clay. Two years on, the first solo exhibition by Pēteris Martinsons was opened at the Architects Club. In 1971, Martinsons started teaching at the Art Academy of Latvia and eventually became a Professor. Meanwhile, Linarte spent another twenty years teaching at the applied arts school in Rīga where she mentored a number of currently prominent artists and designers.

When Latvia’s independence was restored, each of them gained their freedoms. Pēteris was at liberty to participate in international symposia, give lectures in the U.S. and take a creative tour to Cameroon. Silva could return to the country and devote her time to painting.

Nature and artistic renditions of its landscapes and phenomena was the third common thread that connected both artists’ creative outputs and stirred their imaginations; in a sense, it was also a way of reconnecting with their respective childhoods. Pēteris saw himself as a part of nature from a tender age when he was herding cattle and kneading clay; later on, that bond was strengthened during long walks and through nature photography. Silva’s first childhood memories were of Siberian landscapes. The nuances of colour and the compositions she observed in nature were transferred onto canvas in the artist’s distinct painterly style.

Their path to the top was through diligence and hard work rather than relying on inspiration. Silva Linarte and Pēteris Martinsons always strove for perfection in a constant intellectual and creative pursuit, which was rooted in self-effacing labour. They never stopped achieving and remained forever in search of new ideas, compositions and forms, including those that broke the confines of norm and hard restriction.

Painter and educator, Silva Linarte, devoted more than twenty years of her life to teaching composition and painting at the secondary level of art education. She designed several coats of arms and created the visual identity of Daugavpils District. From 1992 to 2001, Linarte held the post of chief municipal artist of Daugavpils City. In 2016, she received the Jāzeps Pīgoznis Award for Latvian landscape painting. Linarte was conferred the honorary title of “Distinguished Citizen of Daugavpils” (2010) and the Latvian state decoration “Cross of Recognition” (2018). The artist’s work is held in private collections in Latvia, Germany, Sweden, Canada and the United States.

Architect, ceramicist, Professor of the Art Academy of Latvia, Pēteris Martinsons, was a member of the Latvian Association of Architects (1961), the Artists’ Union of Latvia (1968) and the International Academy of Ceramics in Geneva, Switzerland (1971). In the 1970s, he received four gold awards at the prestigious juried exhibition of ceramics in Faenza (Italy). He has been awarded the honorary title of Merited Artist of Latvian Soviet Socialist Republic (1988). In 2001, the Latvian State commended the artist’s services with its highest award – the Order of the Three Stars (Class 4). Martinsons participated in more than 100 international exhibitions and at least 70 ceramic symposia. His work is held by several museums and galleries in Latvia and beyond (Lithuania, Russia, Hungary, Poland, the USA, etc.) and in private collections.