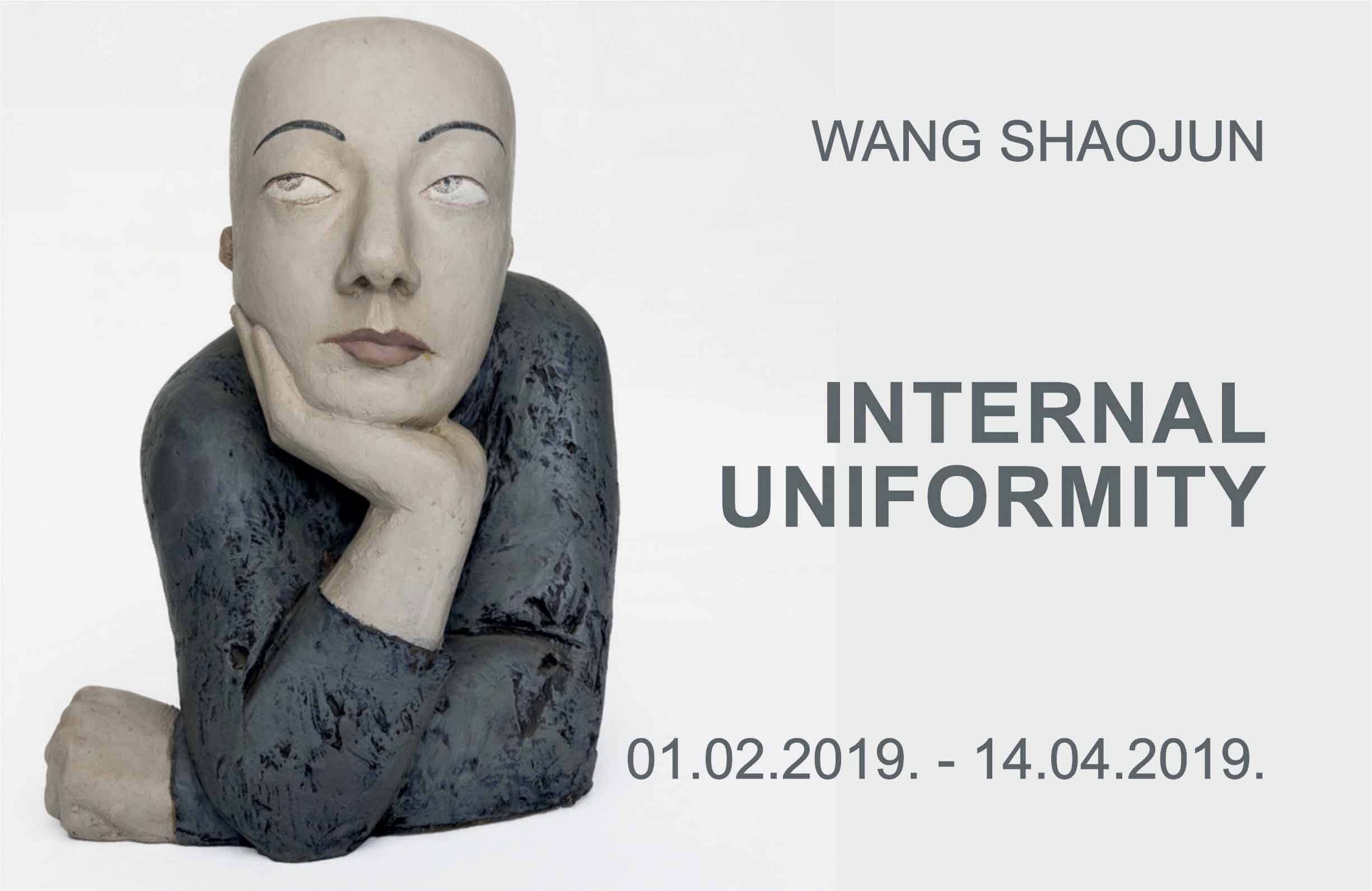 Fundamental changes occurred to the context of the entire Chinese contemporary art over the past few decades, among which the most austere change comes from the surging western art concepts and styles, stimulating the transformation of Chinese art into creative ideas and methods and providing possible orientations for art-related thinking and creative practices. Wang Shaojun’s refinements of language in art keep everything well joined up and heading towards the internal, so that the constantly deepening thoughts and practices lead to his personalized artistic style as they merge into his artistic character.

Wang Shaojun focuses his creations on portrait sculptures which, as a traditional or even classical form of artistic expression, requires from the artist both an in-depth experience of the subject’s personality and unique methods of artistic expression so as to create a visual biography of the subject. The subjects he chooses for his sculptures all have the cultural feelings of literati intellectuals, especially in regards to the inner and subtle temperament they were endowed with in the spiritual world.

Wang Shaojun’s explorations in sculpture belong to the category of figurative sculpture. He also knows that his language dimension is relatively concentrated, thus he keeps working on the in-depth portrayal of characters. In this regard, his consistently psychological introversion, and his values and attitudes always make him appear ordinary. They potentially dominate his creative taste. Hence, his works reveal an embodiment of cultivations as well as a unique way of “simplifying” many ideas. In these works [exhibited here], Wang Shaojun forms a natural relationship which is beyond nature with his characters of sculpture and his feelings for the world. In a very normal dynamic, he endows the character with a unique style, emphasizing the non-normal activity of the character in its dynamic state, strengthening the relevance between characters and scenes. This shows that his perspective comes from life, but it returns to his inner world based on daily life. This series has two striking features. First, the dynamic state of a single character. These dynamic states come from experiences of everyday life, but are beyond specific experience, ascending to be a perception of the character in life. These figures either rush along a path or look up to the sky in unlimited reverie, or fly as if on wings, or appear in a state of sleep and meditation, all of which presents a manner beyond reality. These works by Wang Shaojun can be attributed to surrealism of sculpture or surrealistic sculpture, but they are, in the real sense of the work, naturally related to the state people experience.

As a sculptor, Wang Shaojun has highlighted his artistic style among the fields of contemporary sculptures and even the entire world of fine arts. Besides sculptures, he has created numerous paintings. A number of his recent creations in watercolour have demonstrated his basic skills and realistic sensitivity. These watercolours are based on sketches of the things he visited, saw, thought, experienced or recorded in daily life. In a very simple and generalized language, he conducts a creative exploration beyond sketching, beyond direct depiction. With extremely gentle lines, he calmly sketched out the unusual state of human beings, constituting the spiritual space of image with the contrasting relationship between characters and contexts. Just like his sculptures, in regards to the relationship between people and scenes, he constantly grasps a unique perspective, forming a prospect from reality to surrealistic experience with the contrasts of size in figures and objects, with twists and turns of space. Actually, whether in sculpture or painting, it is especially exciting that he applies a language that focuses on the image itself, or pushes the horizon from the visual sense of forms to the space outside the image. Traditional Chinese arts have always been talking about “implications beyond the paintings”. In my opinion, Wang Shaojun’s works are able to start from the form itself and notice the relevance between images and the world, thus leading to the infinite space beyond the paintings, which contains reverie and fantasy and also includes longings and hopes for the future.

President of the China Central Academy of Fine Arts (CAFA)