YESTERDAY. THE OTHER DAY. TODAY 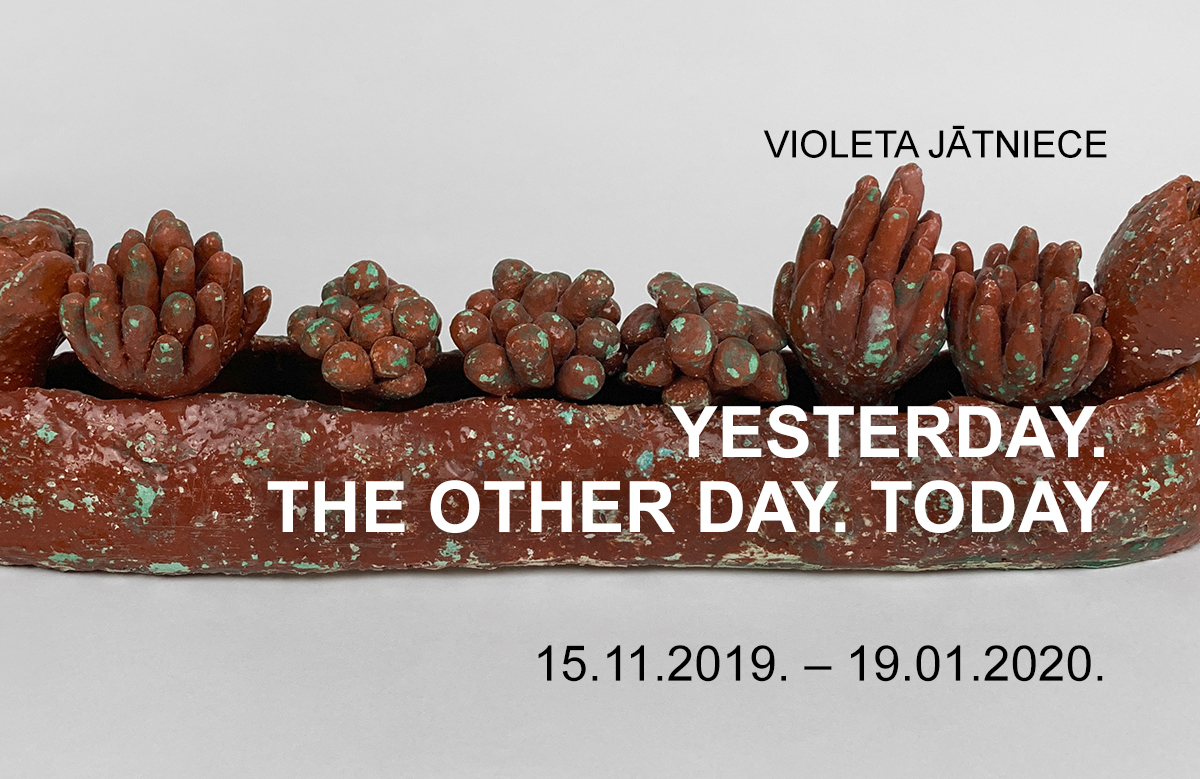 Violeta Jātniece was born in Rīga in 1939. The budding artist’s first encounter with clay happened in Tūja, where she spent her childhood summers. Her favourite playgrounds were clay pits near a brick kiln, where little Violeta was amusing herself with clay; later, she would be invited back there to attend workshops. In 1957, Violeta finished Rīga Secondary School of Applied Arts. In 1964, she graduated from the Ceramic Department of the Art Academy of Latvia. In 1967, the artist joined the art group known as the ceramicists of Ķīpsala. In 1969, Violeta Jātniece was admitted into Latvian Artists’ Union and began working at the ceramic workshops of Ķīpsala. The artist has had several solo exhibitions in Latvia as well as participated in numerous group exhibitions in Latvia and abroad in countries such as Poland, France, Italy, Germany, the Czech Republic, Bulgaria, Denmark, Sweden and the United States. She earned international acclaim with her large-scale garden ceramics and multiple instances of participation in international competitions and exhibitions (including Faenza in 1979, Westerwald in 1984 and the University Museum of Arizona, the US, in 1991 with Pēteris Martinsons).

Violeta’s work is “fiery”: it speaks of temperament and courage. Although the artist admits that lately her concern with philosophy, symbols and subtexts has waned, her strong and clear shapes and textures, executed in shades of orange, red and other brilliant tones, are clear references to a woman’s energy and vitality that continues to radiate from Violeta’s art. “I’m inspired by nature, its rhythms and textures, ploughed fields, slided slopes or seaside patterns of sand. By fashion with its silhouettes and colour schemes. And by architectural structures with their proportion and harmony. I mostly build my work as a mason or a swallow.”

Violeta Jātniece’s exhibition “YESTERDAY. THE OTHER DAY. TODAY” is a retrospective that features several series of work created in the course of nearly thirty years. In the 1990s, the artist made a series called “By Hand”: sculptural and expressive compositions of grogged clay dominated by the shape of human hands that interacted with ceramic compositional forms in ways that made them resemble live, symbolic animations. The 21st-century work of Violeta Jātniece has laconic shapes and bright, intense colours. Her “Rowan Time” series is made in the most vivid shades of autumn whereas “White Shirts” are minimalistically shaped silhouettes that resemble the outlines of a human body. The exhibition also includes Violeta Jātniece’s most recent body of work, created in 2019 and drawn from the artist’s eternal source of inspiration: nature’s forms and rhythms.