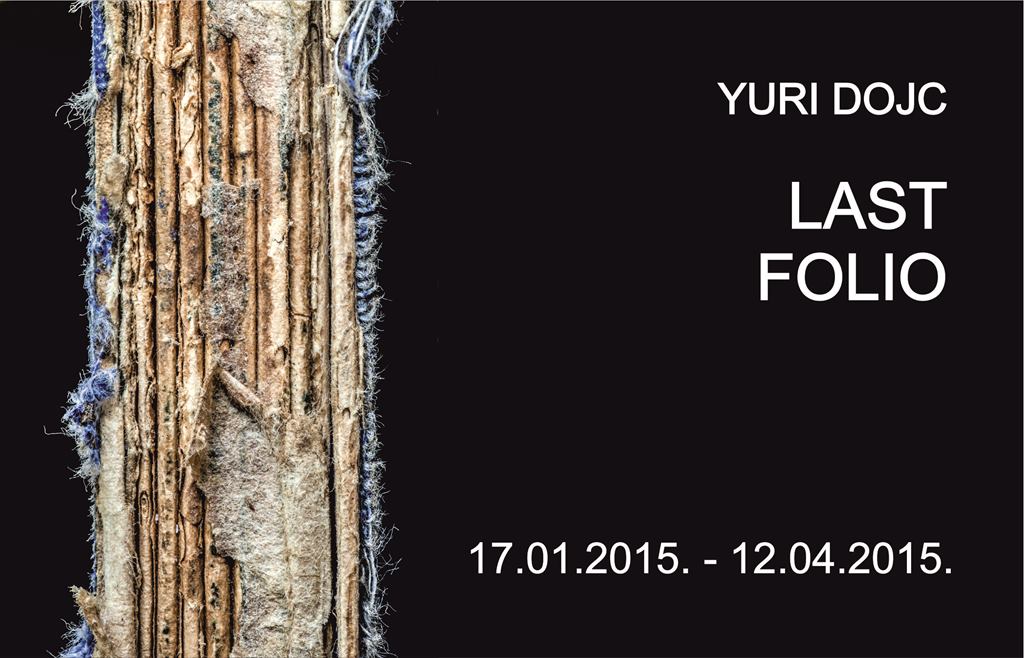 No foreign sky protected me,

no stranger´s wing shielded my face.

I stand as witness to the common lot,

survivor of that time, that place.

Yuri Dojc about his exhibition:

In January 1997, at the funeral of my father I met a remarkable woman, Mrs Vajnorska.

She was one of the thousand or so girls, who in early 1942 boarded the very first train to Auschwitz.

She spent three years there, lost her entire family except for her brother. She told me of her daily home visits to others who survived like she did.

I asked her if I could accompany her on her daily rounds. She agreed.

And so I began photographing these people and the world they live in.

student in London changes overnight to one of a refugee. A year later he lands in Toronto where he still lives.

Four decades later Yuri Dojc is a major figure on the global photographic scene. He has earned considerable recognition for both his commercial and artistic ouvre. His work ranging from portraits of Canadian War veterans to cityscapes is exhibited and

published regularly. His recent work in Rwanda has appeared in the French daily Liberation under the dramatic headline of “Landscape of Genocide”.

in eastern Slovakia, where time had stood still since the day in 1942 when all those attending it were taken away to the camps… the school books all still there, essay notebooks with corrections, school reports, even the sugar still in the cupboard…

These decaying books lying on dusty shelves; the last witnesses of a once thriving

culture, are treated by Yuri Dojc as the individual survivors that they are – each book

captured as in a portrait, preserved in their final beauty, pictures speaking a thousand words. Amongst these many hundreds of books and fragments photographed by Yuri, one stands out especially – a book that miraculously found its way from a dusty pile to its rightful heir – a book once owned by Yuri’s grandfather Jakub. And so a journey which began with the portrait of his father came full circle.

The extensive project, spanning more than a decade, of which this exhibition represents a part, was first seen at the Slovak National Museum in Bratislava, followed by Prague, Cambridge, Brussels, New York, Rome and Vienna to mention just a few. Last Folio was part of the year long programme, in Kosice, Slovakia, the European Capital of Culture 2013.

In 2015, the year of the 70th anniversary of the end of the Second World War, the exhibition will be part of the global commemorations and will be seen in the United Nations in New York, at the National Library of Germany in Berlin, the Museum of Tolerance in Moscow as well as the Mark Rothko Centre in Daugavpils Latvia.

A number of the images in the current exhibition are already in the Collection of the Library of Congress in Washington.