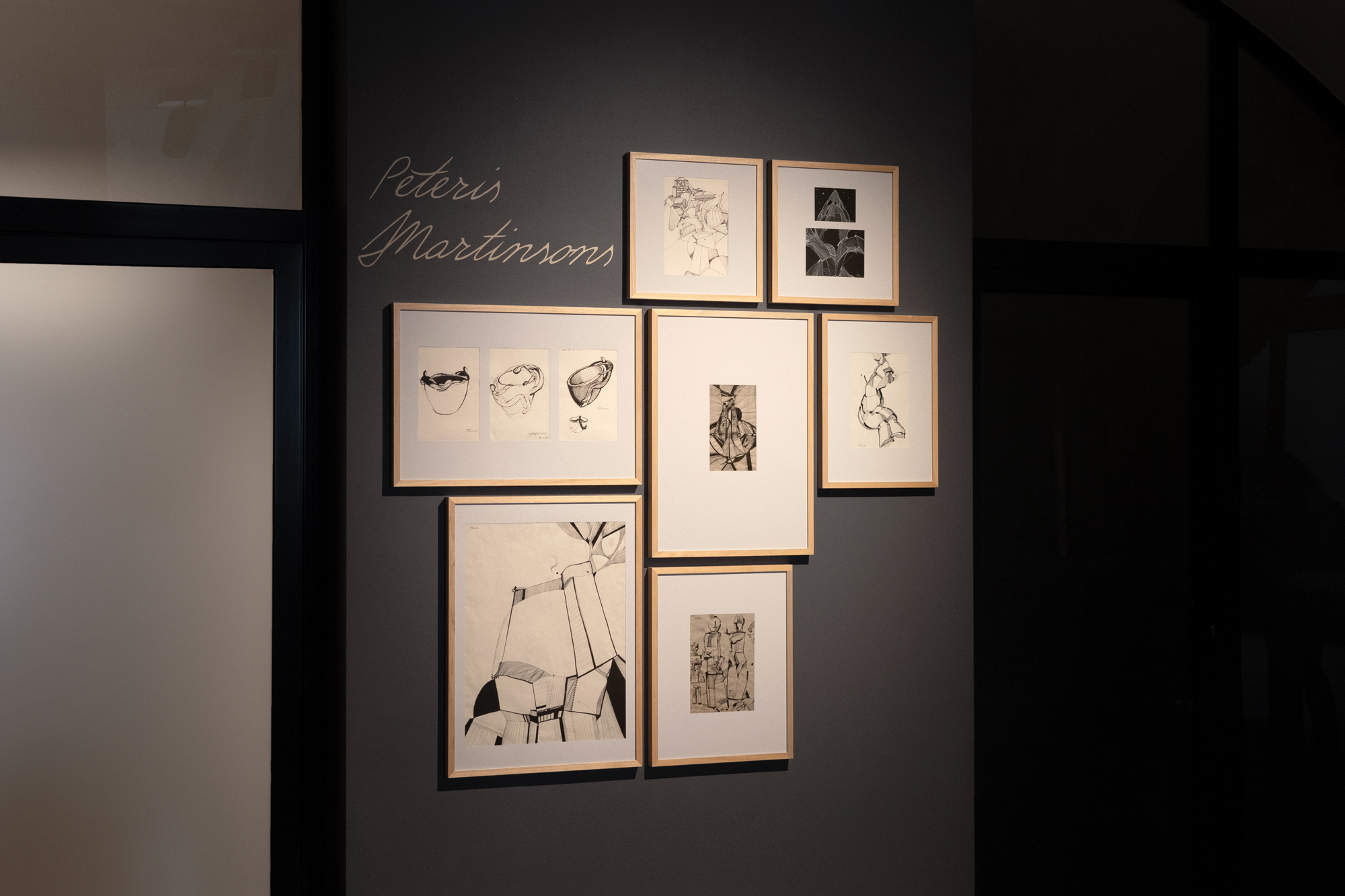 The father of Latvian contemporary ceramics and a chief driving force behind the field’s development, Pēteris Martinsons (1931–2013), remains one of the most renowned Latvian ceramicists to have earned broad international acclaim. For more than half a century, his art and persona charmed and inspired generations of ceramic artists in Latvia and beyond. Multiple successes in international competitions provided regular testaments to the excellence of his art. Meanwhile, the radiance of his brilliant persona galvanised everyone that he met – from colleagues at creative workshops and symposia to students and participants of his master classes to simply casual acquaintances.

“Pēteris Martinsons. Graphics” features the artist’s ink drawings, predominantly from the 1970s, when he was most involved with the medium. Previously exhibited as a backdrop for his ceramics, they are now presented in their own right – as neatly framed standalone artworks. Significantly, the display includes several previously unexhibited pieces. A number of them have been drawn on random surfaces such as birthday cards, invites, notebook sheets or blank spaces in the artist’s writings.

At a certain point in Martinsons’ creative life, drawing became a compulsion. Every day he would complete one sheet, working in morning and evening spells in his hours of active fantasy drills or meditation when he surrendered to the creative force of endless linear patterns. These visual musings about cosmic, human or tectonic issues and fusions of different motifs were prequels, follow-ups or spin-offs to his three-dimensional works in the ceramic medium.

As of now, the Rothko Centre collection contains 800 works by the brilliant ceramicist – some of his very first moulded and wheel-thrown objects, reliefs depicting literary characters, monumental figures, series of functional and stylised vessels, brittle porcelain pieces, representations of living beings such as crows, lions and dogs in different materials, tectonic structures such as towers and cages as well as other shapes, numerous sketches and over 50 ink drawings. Each year, the Martinsons Collection is expanded with donations and purchases.