Lecture. Mark Rothko and the question of the Prohibition of Representation 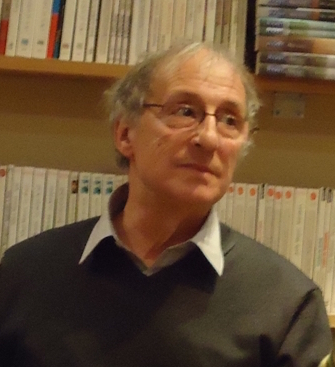 Title : Mark Rothko and the question of the Prohibition of Representation

The astonishment before the inexhaustible but fragile multiplicity of the living forms which make this world an always disconcerting, prolific, and enigmatic reality has evoked, since the most distant past, as the art of Lascaux teaches us, the desire to paint and sculpt them.  [1] However, the hand that paints or carves these natural, animal or human forms also confers upon them an insistent presence that transcends the transitory duration of their life. The painting and the sculpture arrest time, they make us believe in the eternity of a smile or of a distress, they conserve amidst the living an existence at the very moment when it has been already withdrawn.

Banished from Jewish, Moslem and, later on, Protestant places of worship, figurative representation encourages, according to the iconoclasts, old and new, the confusion between human works and divine works, thdrawn. Because it arrests time and substitutes the immutable for the fugitive, art constitutes, for its despisers, “a caricature of life”, it causes a fall into the night without allowing the hope of a dawn, because it withdraws from any promise as from any future. This is why, according to Levinas, art belongs neither to the order of revelation nor to that of creation “whose movement continues in an exactly opposite direction.” The image and the sculpture indeed proscribe the creative surge of life; they immobilize it within a moment suddenly metamorphosed into an unsurpassable destiny. “Eternally the smile of the Mona Lisa that is about to blossom, will not blossom,” eternally the future will remain suspended. The painted or sculpted faces are thus locked up in their destiny, or in their powerlessness to force the future; impervious to the least quivering of life, they remain subjected to the order of an impersonal and blind necessity. The night of art does not let have a presentiment of any morrow, it ignores the creative movement of life since it does not promise any clearness able to direct the steps of the man towards the ground where, incomprehensibly often, he grows and perishes. It is thus impossible to be addressed to the face painted or carved because it does not look at anybody and he does not address himself to anybody; even and especially if it seems to seek each one of the glance, it returns in fact to anything else only itself. However, “in its stupidity of idol”, it frequently puts its influence on those which contemplate it.

This is why, concludes Levinas, “the proscription of the images is truly the supreme command of the monotheism, of doctrines which overcome to it destiny-this creation and this revelation with wrong way” (1)

What about Mark Rothko, who was born in Daugavpils in 1903, 3 years before Emmanuel Levinas in Kaunas, and who turn to abstraction because he refuse to mutilate the human figure ? We will try to give clues to analyse this turning point, from figuration to abstraction in the 40’s, with the help of the philosopher Emmanuel Levinas and the tolls provided by the Jewish texts.

Teaching Philosophy and History of the Monotheistic Religions in Paris, Bordeaux and Toulouse (France) (1978-2015)