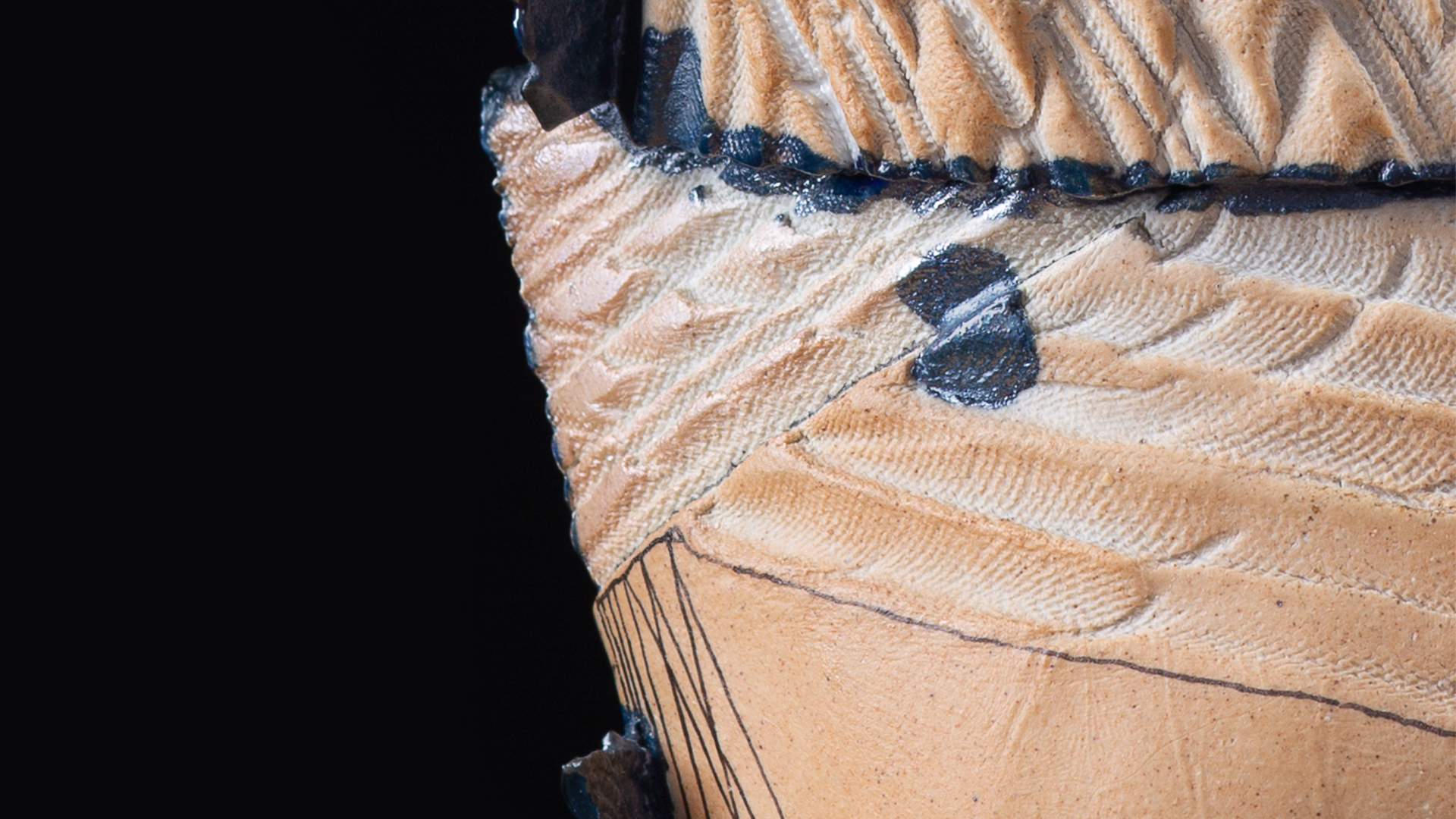 “The father of Latvian contemporary ceramics and a chief driving force behind the field’s development, Pēteris Martinsons (1931–2013), remains one of the most renowned Latvian ceramicists to have earned broad international acclaim. For more than half a century, his art and persona have charmed and inspired generations of ceramic artists in Latvia and beyond. Multiple successes in international competitions provided regular testaments to the excellence of his art. Meanwhile, the radiance of his brilliant persona galvanised everyone that he met – from colleagues at creative workshops and symposia to students and participants of his master classes to simply casual acquaintances.

Towards the end of his life, Martinsons returned to his native city, Daugavpils, with “Games” – a vast retrospective show accompanied by a handpicked donation of choice artworks to Daugavpils Mark Rothko Art Centre. Now, the Rothko Centre collection contains 540 works by the brilliant ceramicist – some of his very first moulded and wheel-thrown objects, reliefs depicting literary characters, monumental figures, series of functional and stylised vessels, brittle porcelain pieces, representations of living beings such as crows, lions and dogs in different materials, tectonic structures such as towers and cages as well as other shapes, numerous sketches and over 50 ink drawings. Each year, the Martinsons Collection is expanded with donations and purchases. At the end of 2021, to celebrate the 90th anniversary of his birth, the city will open Pēteris Martinsons Memorial Home with a permanent display from the said collection installed in the former powder magazine of Daugavpils Fortress, right next to the Rothko Centre.

“Pēteris Martinsons. Shapes and Lines” features ceramic works in chamotte made between 1978 and 1999, a period when Martinsons’ creativity was associated, among other things, with the international ceramic symposium in Panevėžys. In terms of style and material, the works resonate with the artist’s pieces in the Panevėžys Art Gallery collection. Diversity of shape and the line motif in Martinsons’ handmade engobe drawings are striking examples of his hallmark approach.

Architect and ceramicist, Professor at the Art Academy of Latvia, Pēteris Martinsons, was a member of the Latvian Association of Architects (1961), the Latvian Artists Union (1968) and the International Academy of Ceramics in Geneva, Switzerland (1971). His academic career includes long spells at the Rīga Secondary School of Applied Arts (1962–1971) and the Art Academy of Latvia (1968–2001). In the 1970s, he received four gold awards at the prestigious juried exhibition of ceramics in Faenza, Italy, followed by the honorary Merited Artist title from the Latvian Soviet Socialist Republic (1988). In 2001, the Latvian State recognised his outstanding achievements with its highest decoration – the Order of the Three Stars (Class 4). The artist’s exhibition record includes more than 100 international exhibitions and at least 70 ceramic symposia. In addition to numerous private collections, his work is held by several museums and galleries in Latvia and beyond – in Lithuania, Russia, Hungary, Poland, the U.S., etc.”