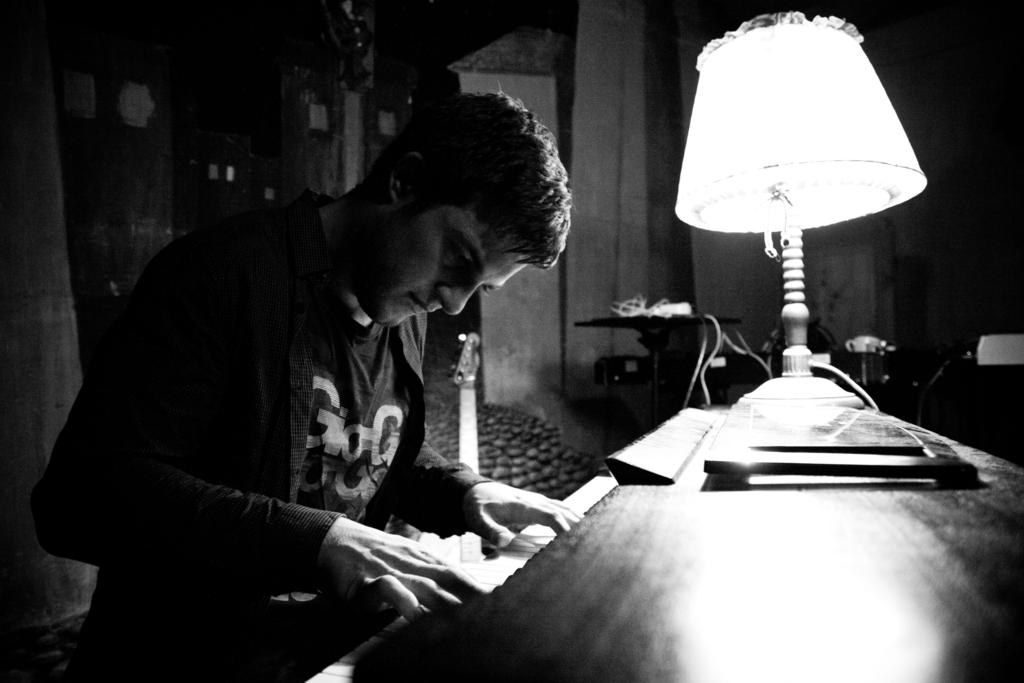 The acclaimed pianist and composer Carlos Cipa from Germany shall give one of his three performances in Latvia at Daugavpils Mark Rothko Art Centre on April 4, 2014.

Carlos Cipa is a 23 year old composer/ musician residing in Munich (Germany) where he is currently studying composition.

Carlos discovered his passion for music very early in his life. At the age of 6 he began taking classical piano lessons with various renowned teachers.

Ten years later after he started playing drums he became more and more interested in composition and improvisation. In the following years he made lots of experiences in many music styles like jazz, hardcore/punk, indie rock and orchestral music.

Influenced by Eric Satie and Claude Debussy his piano music impresses particularly because of its intensity and great attention to detail. It’s not only enhanced by his classical background and symphonic film music works, but also by the experiences he made as drummer in different bands. Besides the piano he is interested in all different kinds of instruments, as experimenting takes an important role in his work.

Not playing just traditional concert rooms Carlos so far shared the stage with marvelous acts like A Winged Victory For The Sullen, Rivulets or Library Tapes.

After he finished his works on final versions of his compositions Carlos Cipa joined the German experimental music label Denovali Records early 2012. His debut full length “The Monarch and the Viceroy“ saw the light of day in June 2012. Since then he’s done a record with Sophia Jani “Relive”, and has been working on his sophomore solo album that is expected to be released in Summer of 2014.

The Carlos Cipa concert at Daugavpils Mark Rothko Art Centre shall take place on April 4, 2014 at 18:00. The tickets are available on presale at every “Biļešu Paradīze” ticket office,as well as online – http://www.bilesuparadize.lv/events/perf/7453. Only a limited amount of the first tickets are available for 5 EUR. The price will go up as the date approaches. Note, that only a strictly limited number of unmarked seats are available.