The centenary of Rothko’s birth was celebrated in Daugavpils on 24/25 September 2003. The efforts were coordinated by Daugavpils City Council and Daugavpils Museum with the project management by Farida Zaletilo. Celebrations were supported by the Ministry of Culture and the State Museum. The series of events were organized in close collaboration with the US Embassy in Riga.

The organizers’ aspirations for the centenary year were that all Latvians should learn more about one of their most famous sons. Rothko’s works, considered as “American”, were not well known in Latvia before because of the “iron curtain” and it was necessary to raise public awareness, a sense of civic pride and identity in the city, region, Latvia and Eastern Europe.

In Daugavpils, celebrations started in May 2003 with a festival among students of the Arts College and Daugavpils University, containing various exhibitions of students’ arts projects and children’s drawings in a range of public places. This was followed by an exhibition of paintings and sculptures by the Daugavpils Artists’ Group in the Daugavpils Museum. 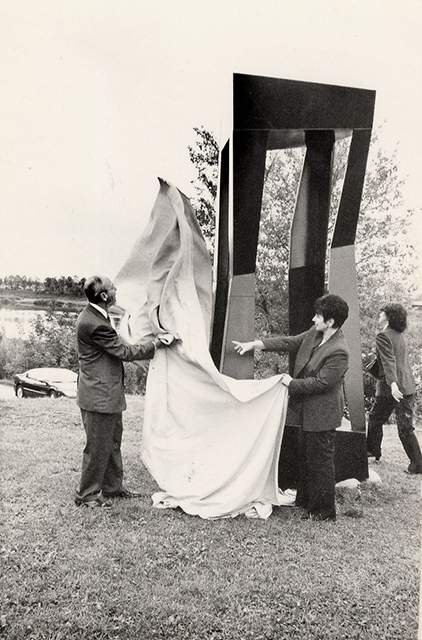 The US Ambassador Brian Carlson and Daugavpils City Municipality Vice –chairwoman Eleonora Kļeščinska were opening the Memorial Plaque to Mark Rothko on the bank of the river Daugava on 25th of September, 2003. The author of the sculpture – Romualds Gibovskis.

One of the most important events was inauguration of the Mark Rothko Hall at Daugavpils Museum. A unique collection of 40 museum quality reproductions of Rothko’s works from different periods was created in close cooperation with the artist’s son Christopher Rothko and printed on canvas and on paper, most in original dimensions in Vienna (Austria). The concept of the display was to show how the artist evolved his signature style. The meditative atmosphere of the exhibition space was created accordingly to the artist’s wish, providing a chance for a visitor to get a “consummated experience between picture and onlooker”.

The high point of the celebrations in Daugavpils was an international conference on 24/25 September 2003 which brought together an illustrious group of participants including the artist’s children Kate Rothko Prizel and Christopher Rothko, the leading authorities in the modern art world, experts on Rothko painting, such as David Anfam and Sheldon Nodelman, curators from the National Gallery of Art in Washington and the Beyeler Foundation in Basel. Isy Morgensztern, the director of the biographical film “Mark Rothko. An Abstract Humanist” brought his film for prime-show in the first conference day. The President of the Latvian Republic, Mrs Vaira Vike-Freiberga gave her greetings to the participants of the event. 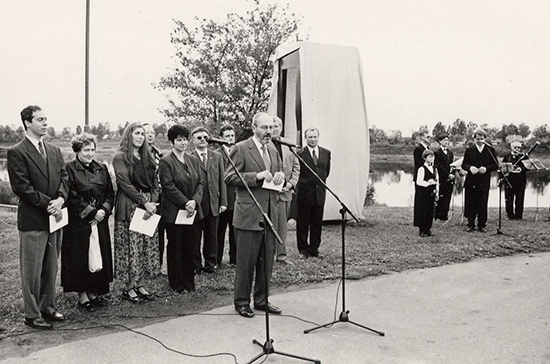 The sculptural object “Homage to Rothko” by Romuald Gibovsky was erected on a picturesque bank of the Daugava River – the source of the brightest and exciting Rothko’s childhood impressions. This location marks the beginning of Shosseinaya Street (now 18 Novembra Street),where the Rothkowitz family lived in Dvinsk from 1892 to 1913. Through the inner aperture of a big rough texture metal form it is possible to see the creative emptiness of the sky and the river –an ever changing landscape, like in Mark Rothko’s classic paintings.

There was extensive coverage of these events in all mass media. Parallel activities took place in both Riga the capital and Daugavpils, Rothko’s birthplace. 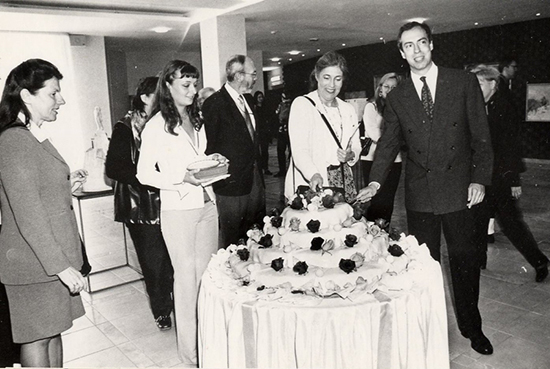 Mark Rothko’s children Christopher and Kate were treating participants and quests of the conference with the jubilee cake.

We use cookies on our website to give you the most relevant experience by remembering your preferences and repeat visits. By clicking “Accept All”, you consent to the use of ALL the cookies. However, you may visit "Cookie Settings" to provide a controlled consent. Read More
Cookie SettingsReject AllAccept All
Manage consent